Democrats have begun to craft new messaging leading up to this November’s midterm elections, as rising inflation and gas prices remain their biggest hurdles.

President Joe Biden has been testing a fresh strategy while trying to portray the GOP as party of growing extremism.  Anat Shenker-Osirio, of Aso Communications and NPR’s Geoff Bennett recently discussed the new Democrat strategy interposed with video clips of Biden’s own words.  Below is the transcript:

“Democrats are crafting a new message as they grapple with how to position themselves in November’s midterm elections, in which rising inflation and gas prices remain the biggest obstacles to keeping their narrow majorities in the House and Senate.

President Biden has started road testing his new messaging strategy, stressing that he understands the economic pain that many Americans are experiencing, while drawing a contrast with the GOP and warning of Republican extremism.

As President Biden focuses his attention on Americans anxiety and anger over higher prices in this midterm election year, his message is a simple one. He insists he feels your pain.”

“I know you got to be frustrated. I know. I can taste it. The vast majority Americans are hoping that their government just takes care of the problem. And they don’t have to think about it in detail at the kitchen table.”

“And as he criticized Republicans this past week for blocking some of his economic plans, the President used a new phrase Ultra-MAGA to brand part of the Republican Party as pro Trump extremists.”

“Americans have a choice right now, between two paths, reflecting two very different sets of values. My plan to tax inflation and grows the economy. The other path is the Ultra-MAGA plan put forward by congressional Republicans.”

“Let me tell you about this Ultra-MAGA agenda as extreme as most mega things are, it will actually raise taxes on 75 million American families, over 95 percent of who make less than $100,000 a year.”

“The new ultra mega label and underlying shift and messaging sources telling me is the result of polling and analysis by Democratic groups designed to pinpoint the best approach and trying to fend off Republican gain In this midterm election year by targeting so called MAGA Republicans, the president allows space to reach out to moderate Republicans, while casting the Trump aligned GOP as a threat not just to the economy, but to the American way of life.”

“This MAGA crowd is really the most extreme political organization that’s existed in American history.”

“And for a closer look at Democrats shift in messaging, I’m joined by Anat Shenker-Osirio. She is founder of Aso Communications, a progressive political consulting firm, and host of the podcast Words to Win By. It’s great to have you with us. And Anat, as I understand it, that ultra MAGA label that was the result of a six-month research project by Democratic aligned groups. What do you make of it?”

“Well, I make two things up at once. The first is that you want your message to be your message, not a commentary about what that message is. And so when we have discourse, like this conversation you and I are having right now, about the sausage making that sort of eclipses, the potency of the sausage eating.

That aside, the reality being what it is, it is incredibly important in your messaging to first and foremost sees the moral high ground and say what you’re for. And then second, to make clear what your opposition is, and to ascribe motivations to the terrible things they do.

“I’ve had a lot of conversations with Democrats over the course of my reporting career about this very thing about messaging. And I’ll never forget what one person told me and they said that Democrats are always at a disadvantage, because Democrats have to be focused on policy and Democrats are expected to be intellectually honest.

Republicans tend to message this person said, around fear and the culture wars, which is a much easier way to excite the base. Does President Biden, does any Democrat have the power, the ability, the capacity really, to formulate a message that excites people?”

“Well, I frequently tell my colleagues, my clients do not take your policy out in public, it is unseemly. Your policy should not be your message. Your message should be about what your policy delivers. Whether or not Democrats have the ability and the stomach to actually draw this clear contrast, some Democrats do and clearly Biden is moving in that direction, because one thing that we see over and over again, as you rightly know, Republicans have no trouble naming villains.

And in fact, the name of their game is scapegoating. They pick some group to whom they ascribe as other, right, and that could be quote, welfare queens back in the day that could be quote, illegal immigrants, that could be more recently trans youth. They pick a group to escape goat in order to perform, divide and conquer, it’s the oldest trick in the book. They know they’ve got nothing to offer. So all they can do is have us point our fingers in the wrong direction. Meanwhile, with the other hand, they are picking our pockets to hand the wealth our work creates to their corporate donors.

And so with Republicans continuously naming a villain, if we don’t name one, and we simply rejoin with, hey, we’ll work with those people, bipartisanship, then just by virtue of absence, that villain continues to be whichever group they’ve scapegoated.”

“So why doesn’t the message Democrats deliver? Why doesn’t that message work? And I asked the question, because I’ve talked to White House officials who are frustrated by how little credit they think they get for enacting a massive economic stimulus plan and infrastructure package, distributing COVID vaccines having an economy apart from inflation, that is breaking records, nominating and confirming the first black woman to the Supreme Court. Why doesn’t the President get credit for any of that in terms of messaging?”

“In politics, and in life, it is very unwise to attempt to argue people out of their feelings. So regardless what is actually true in the world, the way that people feel right now about their own economic situation is that many Americans have to put it colloquially more money than check people are having trouble making ends meet. And that is how they feel.

And there is nothing that we can say that is stronger than that feeling, or that is stronger than the emotion of looking at the bills and not knowing how to cover them. And so rather than argue with people out of their feelings and say, Hey, we delivered for you why aren’t you more grateful? Why don’t you love us more, which is just sort of a recipe for engendering backlash and anger.

What we need to do is explain to people both what our motivations, what our intentions are, and what is getting in the way, in a message, what that sounds like. And this is not copy edited, but it’s something like, no matter what we look like where we come from, or what we do for a living, most of us believe that people who work for living otter earn a living, and that we should have the freedom to decide for ourselves, how we care for our families, and to pick leaders who govern in our name.

But today MAGA Republicans, Trump Republicans or go farther and authoritarian faction wants to take away our freedom. They point the finger for our hard times and new immigrants or black families are at people struggling to make ends meet, because they hope will look the other way while they hand the wealth our work creates to their corporate donors. But we know better and we choose us.” 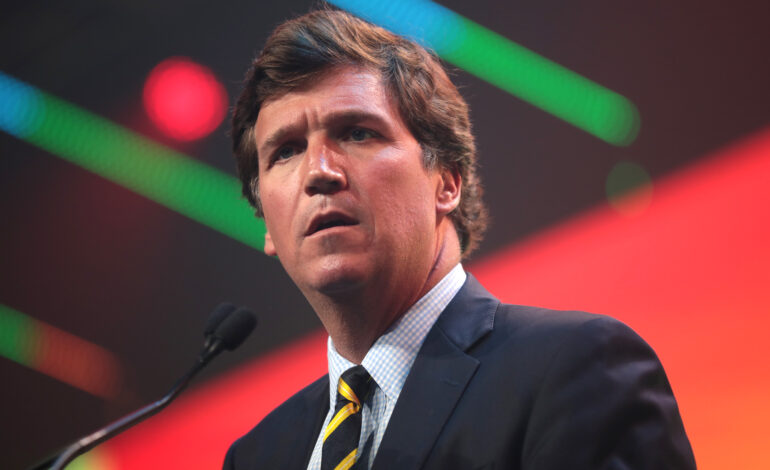