Controversial GOP Rep. Lauren Boebert of Colorado, who is the middle of the Republican party’s chaos as she helps block Rep. Kevin McCarthy (R. CA) from becoming Speaker of the House, recently found herself on the end of an unexpected grilling from an unlikely foe: Fox News host Sean Hannity, according to The Washington Post.

Hannity has been critical of efforts of the mostly far right MAGA House Republicans trying to oust McCarthy as party leader in the house. On his Wednesday show this week, Hannity asked Boebert why McCarthy should drop out of the race to be House Speaker when he has 200 votes behind him, significantly more than Boebert and allies 20 votes against him.

Hannity asked her “Isn’t it time for you to pack it in?”

“Sean, I understand the frustration, I promise you,” she replied.

Hannity, visibly agitated at the congresswoman, replied “I’m not frustrated. You’re not answering my question.”

Boebert then claimed, without offering any evidence to support it, that many of her fellow Republicans voting in favor of McCarthy for speaker were actually cheering on the rebellious Republicans in secret and are just waiting for McCarthy to drop out of the race before they officially switching their loyalties to the MAGA caucus of Boebert, et al.

“Congresswoman, I’m frustrated by you not answering a direct question. You said to President Trump that you need to tell Kevin McCarthy that you don’t have the votes…”

Boebert then became agitated and started yelling over the Fox News host, which prompted him to yell back angrily, “Hold it, can I finish?”

When she finally shut up, he again asked Boebert why McCarthy should drop out when he already has 200 votes.

“Well, Sean, he needs 218 and he does not have 218,” she replied, publicly revealing her struggles with mathematics.

Hannity shouted back “Neither do you!” 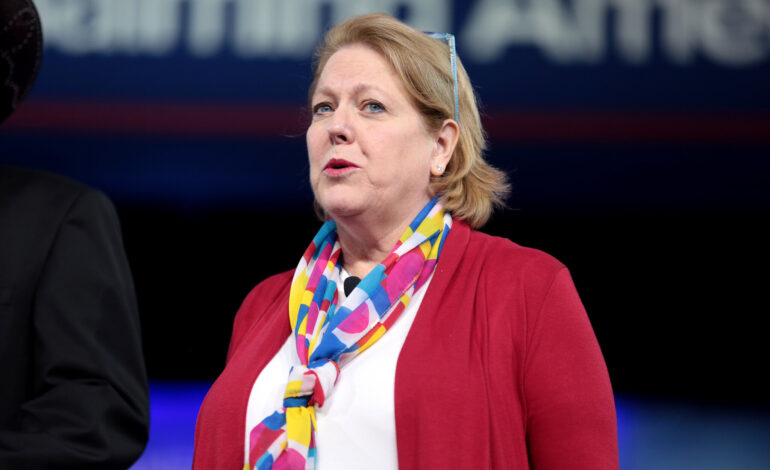