Ivana Trump shared with Mother Jones the powerful impact one man had on her former husband, Donald Trump

As part of their series The Trump Files, Mother Jones has released information that suggests Donald Trump was actually influenced by the writings of Adolf Hitler.

We’ve all heard Trump get compared to Hitler, which is easy to just dismiss as people over reacting to a guy who clearly has narcissistic issues, but according to Trump’s ex-wife Ivana Trump, there is more to the Hitler comparison than perhaps we thought.

The revealing info comes from a 1990 Vanity Fair story on Trump: Ivana Trump told her lawyer Michael Kennedy that from time to time her husband reads a book of Hitler’s collected speeches, My New Order, which he keeps in a cabinet by his bed. Kennedy now guards a copy of My New Order in a closet at his office, as if it were a grenade. Hitler’s speeches, from his earliest days up through the Phony War of 1939, reveal his extraordinary ability as a master propagandist.”

Trump’s response to this revelation: “Did your cousin John give you the Hitler speeches?” I asked Trump. Trump hesitated. “Who told you that?” “I don’t remember,” I said. “Actually, it was my friend Marty Davis from Paramount who gave me a copy of Mein Kampf, and he’s a Jew.” (“I did give him a book about Hitler,” Marty Davis said. “But it was My New Order, Hitler’s speeches, not Mein Kampf. I thought he would find it interesting. I am his friend, but I’m not Jewish.”) Later, Trump returned to this subject. “If I had these speeches, and I am not saying that I do, I would never read them.”

At least one person doubts Trump read the entire book. His Art of the Deal ghostwriter Tony Schwartz told TheNew Yorker, “I seriously doubt that Trump has ever read a book straight through in his adult life.” Trump’s flippant, casual dismissal of this issue suggests that perhaps he doesn’t think being compared to Hitler is really all that bad.

Trump’s hilarious rationalization that his Jewish friend (he isn’t even Jewish) gave him the book, so it’s OK, is a lot like your racist friend who always talks about his black friend, making it OK to be a racist.

Maybe the comparisons of Trump and Hitler are more valid than people have previously thought. Read all The Trump Files here 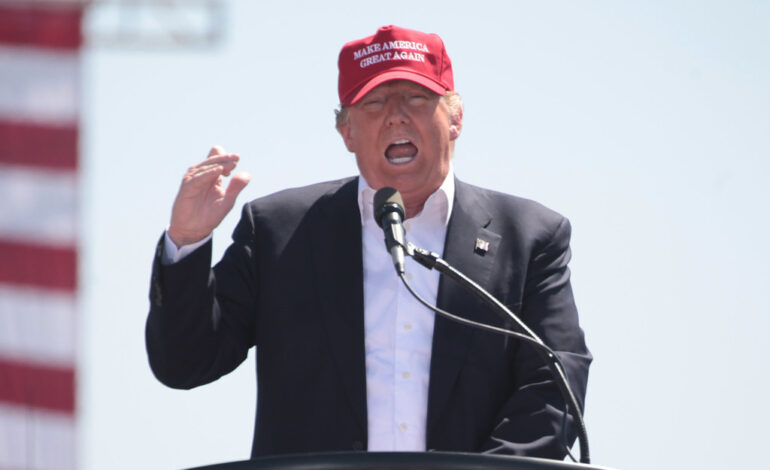