According to The New York Times’ Maggie Haberman in a new report, former vice president Mike Pence’s chief of staff sat down with Pence’s Secret Service detail head on January 5, 2021 to warn that Pence’s lie might be endangered the next day, when a pro-Trump mob stormed the Capitol in an insurrection.

Pence’s COS Marc Short said, “The president was going to turn publicly against the vice president, and there could be a security risk to Mr. Pence because of it.”

It has been earlier reported that former President Donald Trump had no issues with the violent mob who stormed the Capitol chanting “Hang Mike Pence” and Haberman’s report indicates that Pence and his staff were already worried about what was to happen after the “Stop the Steal” rally.

Haberman’s report, based upon her book coming out this fall, claims that  “Mr. Short did not know what form such a security risk might take, according to people familiar with the events. But after days of intensifying pressure from Mr. Trump on Mr. Pence to take the extraordinary step of intervening in the certification of the Electoral College count to forestall Mr. Trump’s defeat, Mr. Short seemed to have good reason for concern. The vice president’s refusal to go along was exploding into an open and bitter breach between the two men at a time when the president was stoking the fury of his supporters who were streaming into Washington.”

Haberman also notes that it is unclear what Tim Giebels, the Secret Service official Short met with, did with the Short’s warning.

“New details from the weeks leading up to Jan. 6 help to flesh out how Mr. Trump and his allies sought to intimidate Mr. Pence into accepting their baseless theory that the vice president had the authority to block congressional certification of the Electoral College results — and how Mr. Pence’s refusal to do so would lead him to peril. A few weeks after Election Day on Nov. 3, 2020, aides to Mr. Pence learned that some in Mr. Trump’s loose network of advisers were discussing the possibility of Jan. 6, 2021 — set under statute as the day of the Electoral College certification — as a potentially critical date in Mr. Trump’s efforts to stay in power.”

Haberman also notes that no one involved from Pence’s team or the Secret Service was willing to comment on Short-Giebels meeting. 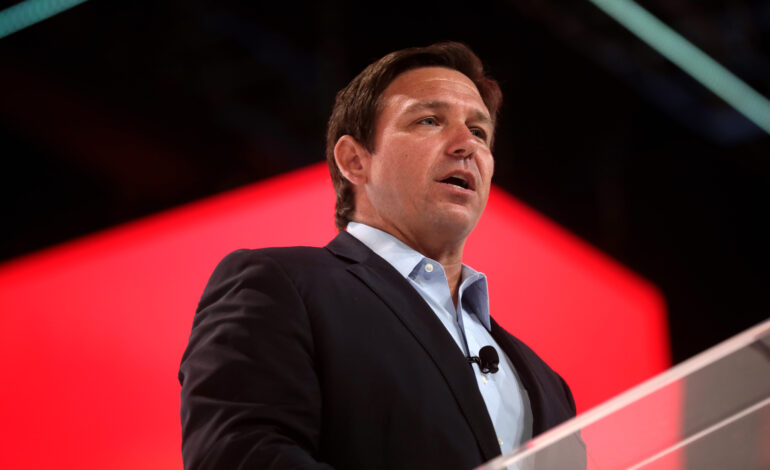 Ron DeSantis has made himself vulnerable in Florida, according to Atlantic