The Florida man who texted out “WE STORMED THE capitol, it’s insane,” from the halls of Congress on January 6, 2021, has been found guilty on all five charges he faced, and now could be sentenced to as many as 24 years in prison.

John Strand, noted for his fashion style and suave manner, a stark contrast to many of the 1/6 defendants, sent that text as just part of a large array of evidence against him that was presented by prosecutors, including photos, videos and texts.

Strand is receiving a harsh punishment because he now infamously refused to take a plea deal, wanting to fight the charges before a jury and launched an online campaign for vindication to do so. Strand was a model who took a deep dive into COVID-19 conspiracy theories in 2020.  He also set up a website with glamour shots and links to donate to help him as he was being “persecuted” for his beliefs . One banner on the sight reads “FROM GUCCI TO GUILTY.”

Rolling Stone noted “It’s as if Derek Zoolander stormed the Capitol and then did all he could to secure the longest prison sentence possible.”

“Strand reportedly wore a pair of stylish silver loafers during closing arguments on Monday, during which his own lawyer called him a “poseur.” It didn’t work. He was found guilty a day later of four misdemeanors related to unlawfully entering the Capitol, and a felony charge of obstructing an official proceeding. The felony conviction itself could put Strand away for 20 years.”

Strand had been the spokesperson for America’s Frontline Doctors, an anti-vaccination group founded by Strand’s former partner Simone Gold.  The pair was together and were among the first  rioters to push through barricades and breach the Capitol Building. In a text message he sent to his brother presented to the jury by prosecutors, Strand bragged that he and Gold were “with the first dozen patriots” to enter the Capitol, writing “We literally made history just now.”

Gold accepted a plea deal for her role in the events of the Jan. 6 and was released from prison earlier this month after a sentence of only 60 days.

Strand’s plan to fight his charges using his good looks and claims of persecution seem to have backfired spectacularly, when his likely decades in prison is compared with Gold’s sentence of around two months.

In court last week, Strand claimed that he was practically forced into the building by the surging crowd, and this his “responsibility” to Gold was the real reason he went into the Capitol, and he even claimed he tried to stop Gold from entering.

But try as he may to throw her under the bus for his own seditious actions, Strands texts and social media posts presented a mountain of evidence to the contrary. His attorneys argued that his lack of MAGA apparel or weapons indicated that he had no intent to cause any harm. Strand said that interfering with the results of the 2020 election as congress certified the electoral votes that day “never crossed my mind.”

Strand’s social media posts, however, painted a different picture.  He clearly expressed his displeasure with Donald Trump’s election loss to Joe Biden, indicated by a frequent use of the  “StopTheSteal” hashtag.  On January 7,  Strand posted a picture of himself outside of the Capitol with a caption reading:

“I am incredibly proud to be a patriot today, to stand up tall in defense of liberty & the Constitution, to support Trump & #MAGAforever, & to send the message: WE ARE NEVER CONCEDING A STOLEN ELECTION.” In another tweet posted days before the attack, Strand wrote, “seriously, this what the [Insurrection Act] is for. THIS. IS. WAR. #TruthMaverick #TheElectionWasRigged.”

Last week, Strand to took Donald Trump’s Truth Social platform to post his innocent plea, writing “Today, I take a stand — the witness stand, to testify on my own behalf, that I am innocent, and not guilty by association or proximity” which followed a post from last week featuring a picture of him shaking hands with Matt Gaetz.

On the morning of his conviction, he went full William Wallace, asking followers on Telegram if they were up for “one chance to come back here and tell our enemies that they may take our lives, but they’ll never take our freedom!!!” 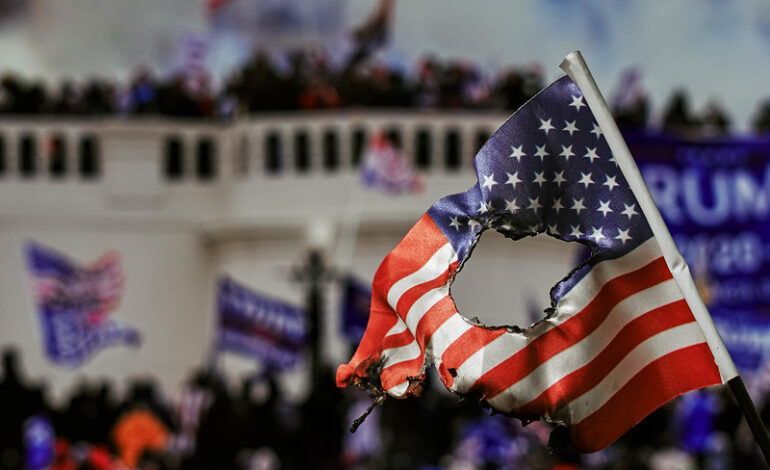 Capitol Rioter who attacked Officer Fanone, and brought his teenage sons to insurrection, faces years in prison for assaulting officers on Jan. 6 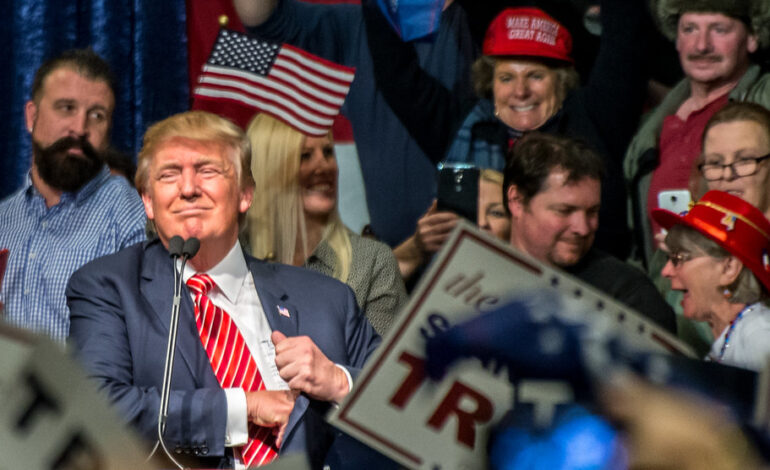