A prominent newspaper recently said that former President Donald Trump has gone from a national threat to a national joke.

Reflecting on last week’s decision by Trump to promote “AMERICA NEEDS A SUPERHERO! I will be making a MAJOR ANNOUNCEMENT tomorrow,” that ended up actually being just a cheap commercial selling Trump digital trading cards for $99 each, the editors of the St. Louis Post-Dispatch criticized him for finally turning himself into a “national joke.”

They weren’t the only ones either.  Even former allies and friends, like former Trump advisor Steve Bannon, disgustedly said “I can’t do this anymore,” and continued,  “After all that Donald Trump has put America through, he owed the country a good laugh.”

“The sound of dropping jaws was palpable throughout MAGA world. If Trump’s earlier suggestion of suspending the Constitution to return him to the presidency didn’t convince his remaining supporters that this man belongs nowhere near power, there are promising indications that perhaps this latest evidence of untethered clownishness finally will.”

The paper also added, driving home their main point, the fact that Americans once saw Trump as a threat to democracy, to the point that he incited his supporters to attempt to stop the certification of the 2020 presidential election, but is now reduced to grifting all  he can in his post-presidency years, selling cheap shit like digital trading cards.

The editors of the paper also took a shot at the pathetic people who actually invest in things like Trump NFTs:

“In yet another confirmation of the old adage that there’s a sucker born every minute, the 45,000 nonfungible tokens (NFTs) of the images were in fact gone by Friday morning, according to an independent NFT market monitor. Maybe those buyers thought they were helping Trump’s supposed presidential campaign? If so, sorry, chumps. Trump is just pocketing the money.

Trump has repeatedly shown himself to be an existential threat to democracy. But this episode conclusively, finally, reduces him to a national joke. Anyone who ever supported him should be embarrassed. Anyone who still supports him should see a shrink. And America should move on from this idiotic shyster.” 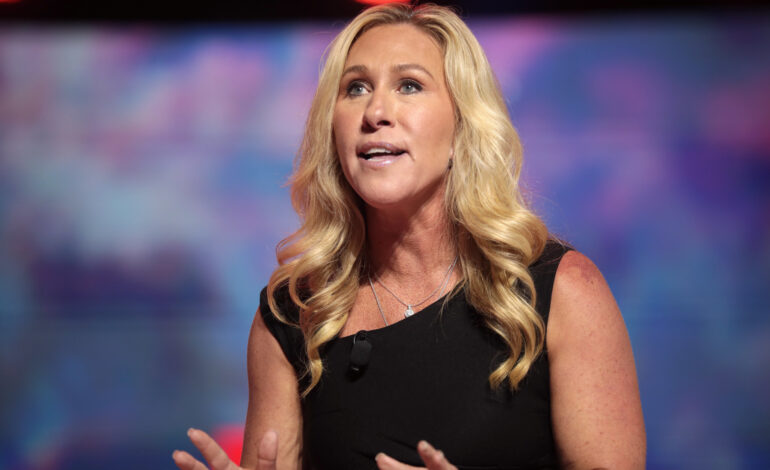 Petition urges the House to not seat extremist Republicans Gosar, Boebert, and MGT for roles in 1/6